Literary Adventure – Hype In The Palm Of Your Hand

Don’t you wish you traveled more? That you had a way to close the gap between your adventures and your everyday life? If you’re anything like me you face the sad reality that working for a living is still a thing. Traveling full time would be amazing but I haven’t managed to win the lottery yet. In the meantime I spend the time between my adventures inspired for the next. One of the best ways I’ve found to keep the hype high and stress low is to pick up one of the best travel books below and get lost in someone else’s adventure.

“Traveling – it leaves you speechless, then turns you into a storyteller.” Ibn Battuta

A great travel book has the power to move you; to transport you somewhere new. Every time I put down a travel book, I’m left in awe, inspired, excited and often just itching to pack my backpack, book a cheap airfare and go somewhere new! The best travel books immerse you in an action packed story of discovery a chapter at a time; perfect for slotting into your day to day life to fuel your wanderlust.

Into the Wild -=- Jon Krakauer

Into the wild follows the pioneering spirit of Chris McCandless as he abandons his possessions, gives his entire savings account to charity, and hitchhikes to Alaska to live in the wilderness woefully unprepared for the life of solitude he soon finds himself embracing. No safety nets, no hidden nestegg. This thrilling story is an expansion on the all too real, ill fated, Alaskan adventure of Christopher McCandless. While the story can be a little morbid, the ideals & the characters met through the book and their impacts on Chis’ life are too good to leave off a list of the best travel books! Also available as an Audiobook!

The desire to find something real, to connect with something or someone is what drives Richard, a young American backpacker who arrives in Thailand with adventure on his mind. Finding more than the adventure he was after in Maya Bay this is a story of hedonism, hope, patience and paradise lost. The story parallels today’s overrun tourism industry in Thailand and many other parts of the world. A must read for anyone considering themselves a true traveller. If you’re feeling lazy, listen to the audiobook, it’s better than the (relatively) poor movie adaptation!

If you’ve ever felt like travel was financially out of your reach you’re likely mistaken. Rather we’re socially conditioned to believe that long term travel to exotic locations is unobtainable; Something reserved only for the rich and famous. Rolf throws that idea out the window with his book Vagabonding. Plotts covers everything from making the decision to go, financing your trip and saving money on the road. The ability to travel comes from the central idea of making travel a priority in your life, not from having boatloads of cash or a private jet (not that I’d turn down either). Vagabonding is a valuable resource that makes it one of the best travel books you can buy, it can be found as an audiobook on Audible.

Zen and the Art of Motorcycle Maintenance -=- Robert Pirsig

A classic tale of a father & son road trip across the American west, wrapped in a philosophy 101 textbook. Everything from classical Greek philosophy, Zen Buddhism and the meaning of life are on tap. Pirsig explores the concepts of quality, form and function – commonly at odds and how our views and perspectives shape the things we do.

Its pretty widely accepted that most philosophy literature isn’t easily read; but this book has  ingeniously rolled everything into an entertaining adventure that makes the book hard to put down. Not only will you have an urge to buy a motorcycle and disappear on a long ride after reading this book; you may also find yourself in the midst of the philosophical exploration. These ideas and more help rank Zen as one of the best travel books I’ve ever read. As always Zen is available as an audiobook!

These travel novels may not have made my top picks for best travel books but worry not; they’re still well worth your time to pick up! Grab yourself a coffee, find a quiet corner and get into these fine reads!

Jon Krakauer is at it again. Hired to write about the commercialization of Mt. Everest by Outside Magazine and not content to do it from the sidelines; Krakauer heads up the world’s tallest mountain and inadvertently steps into the middle of the most disastrous everest expedition on record.

The story is pieced together from many perspectives as the expeditioners try to acclimate to their new home at everest base camp. Then following the worn and tired climbers up the looming massif as they make mistake after mistake. Despite the mishaps, the first death doesn’t actually occur until Chapter 11. From that point on, though, death is something all the climbers become familiar with.

Krakauer’s ‘survivor’s guilt’ is obvious in the writing but this story of persistence, heroism & tragedy is a worthy addition to any list (or listen) of best travel books for the worldly traveller.

Less work, more play is the just of this classic by Ferriss. Focusing on the 80/20 rule, where 80% of our results come from 20% of our efforts. This seems to hold true in a majority of aspects in day to day life too; like wearing 20% of your clothes 80% of the time!

Maybe not fitting in with the other travel novels; This travel book is more about giving yourself the freedom to travel. Ferriss goes over how he was able to leave the mainstream and build a life for himself centered around enjoyment and truly living the life he dreamt of.

Gaining notoriety after becoming an Oprah’s Book Club pick, the true story of Cheryl Strayed begins with the loss of a family member & divorce driving her to change something in her life. With no outdoors experience, a heavy backpack and little else to go on but her own will, Cheryl sets out alone and unprepared to hike the Pacific Crest Trail — one of the America’s longest and toughest through-trails.

How NOT To Travel The World -=- Lauren Juliff

In How NOT To Travel The World Lauren accurately articulates the fears of a first-time, solo, female, traveler who, prior to hitting the road, lived quite a sheltered life. Overcoming fear and the realization that the majority of the world is made up of amazing people are the overarching themes in this book.

Lauren does a expert job of discussing the emotions she overcame and the steps that made it possible. How Lauren managed to get into so many crazy situations on her travels I’ll never know; They sure make for an entertaining read and qualify it as one of the best travel books going!

It’s no secret; One of my favorite ways to travel is overland via my motorcycle. I love the freedom, the challenges, the people and the smell of the passing countryside. It’s probably no surprise to you that I’ve included a few motorcycle based stories of discovery on this list. In addition, these are some of the best motorcycle travel books I’ve read so far!

Sam has spent his life exploring the world by motorcycle. His first travel book ‘Into Africa‘ hooked me with a ‘this is africa’ nonchalance that I originally discovered while exploring Kenya and Rwanda. His words bring Africa alive as you follow his adventures, mishaps, dust, heat from Cairo to Cape Town.

Not one to keep still, following his epic crossing of the African continent from tip to tail, Sam soon embarked on another great adventure. ‘Under Asian Skies‘ follows Sam from Australia, through New Zealand, Asia and the Middle East before returning home to the UK.

In ‘Distant Suns‘ Sam is under a new influance. Birgit, a German traveller Sam originally met in New Zealand during his under asian skies trip, returns the picture here with her own motorcycle and a dream to visit Africa. After conquering the african continent with almost no riding experience Birgit and Sam take on South America for a change of pace.

‘Tortillas to Totems‘ follows the pair out of South America, through the tropics of Central America & Mexico, into the United States and even Canada. This series is easily among my favorites when talking about the best travel books I’ve ever read!

Simon rode a motorcycle around the world in the seventies, when such a thing was unheard of. In four years he covered 78,000 miles through 45 countries. He lived with peasants and presidents, in prisons and palaces, through wars and revolutions. ‘Jupiter’s Travels‘ is the story of this epic feat.

Thirty years after his epic journey began, now in his own seventies, Ted has retraced that epic journey; Still on a motorcycle, to rediscover himself, his world and the memorable characters he met. ‘Dreaming of Jupiter‘ is the result of this harrowing journey 30 years on and the comparisons drawn by Simon alone are well worth the read.

What Are Your Top Travel Books recomendations?

Did I miss something you think should be on the list? If you have a suggestion for a new read while I wait for my next adventure?? I’d love to know about it! Drop a comment below and let me know! 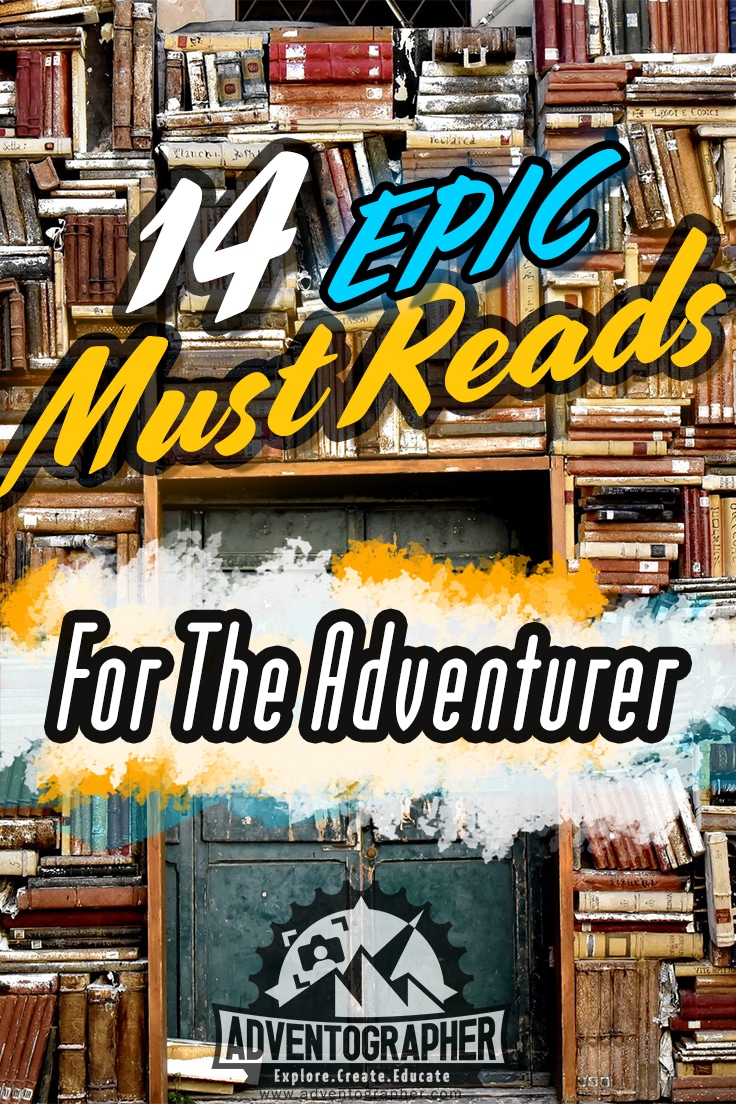